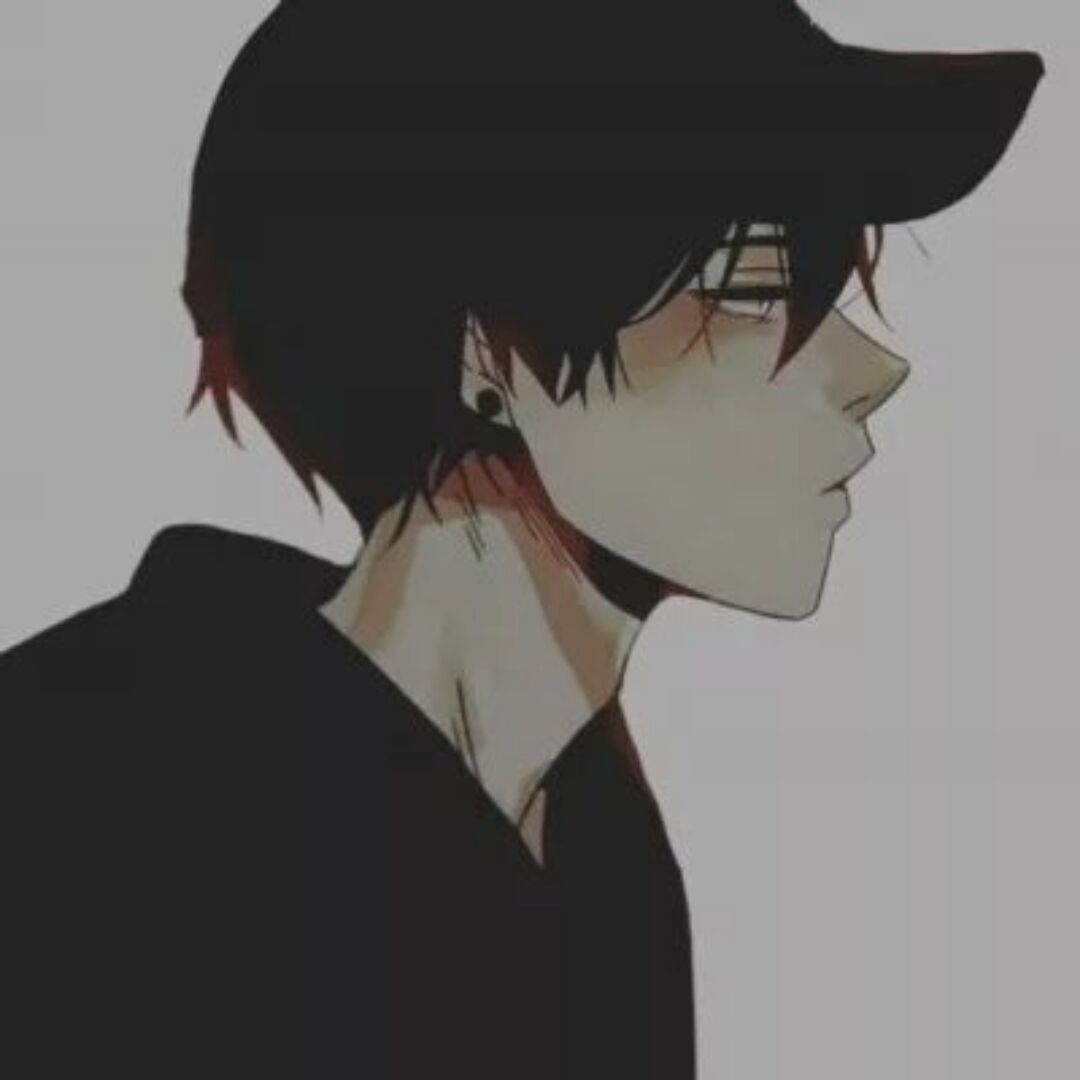 in the kernel part, we only analyze a few files here, ant the contents of the 3 folders are in the subsections of the kernel

Here is a brief introduction to their functions.

they can be divided into three categories in terms of functions.

the assembly language processing process of interrupts caused by most hardware exceptions is defined in asm.

int traps, the c functions needed in asm.s interrupt processing in implemented, and the trap_init function is provided, whict is called in init/main.c to perform initialization operations.

the interrupt defined here is generally an abnormal interrupt caused by the hardware part, mainly reserved for interrupt int0 -- int16

regardign whether the interrupt has an error code, asm.s will divide them into two categories for execution, but the processing flow is still the same. 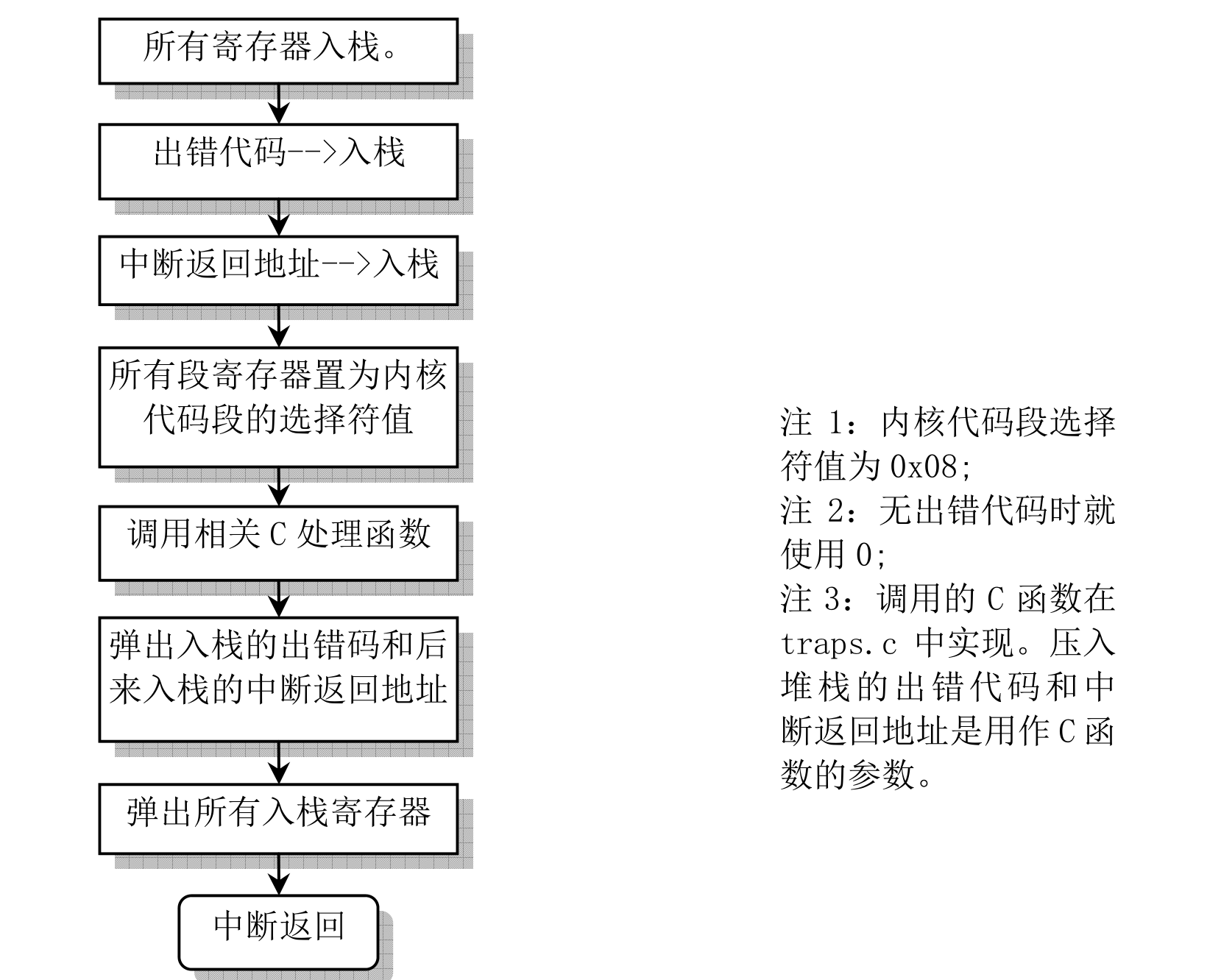 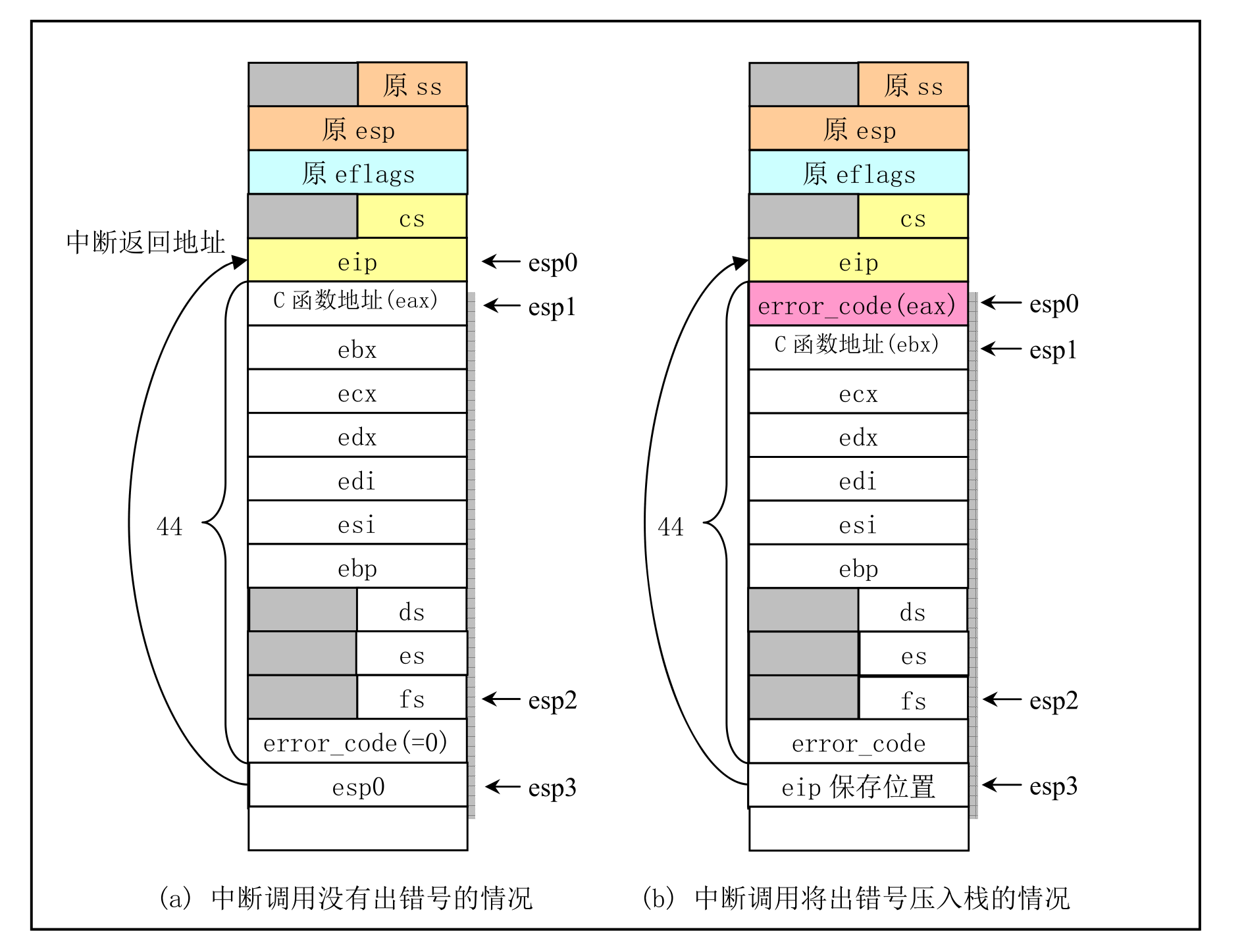 the only way for a program in linux to call the kernel is to use a system call .

which is triggered by int 0x80 interrupt,

eax stores the call number, indicating the function to be called

if there are parameters , pass it, ebx, ecx, edx, the order of storing the call parameters, and take up to 3 parameters.

system_call.s writes the entry positon of the system call, which is similar to the function of asm.s in the hardware exceptioin interrupt handling part, which also handles clock interrupts, hard disk and floppy disk interrupts.

All implementation functions of all system alls are arranged into a function pointer table according to the call number.

Enter the system call processing function, first compare whether eax is valid, (within a certain range, the number is stored in nr_system_calls).

After the corresponding function returns, puth the ruturn value onto the stack, check the program status and the corresponding time slice, choose whether to jump to the schedule() function, and return to the ret_from_sys_call, prosition after the call is over.

ret_from_sys_call performs the processing work after the system call, mainly to determine whether the current process initialization process 0 or whether it is a kernel process. in both cases, the stack content will be directly poped up and exited. Finally, the signal of the process calling the system call is checked, if any the received signal will be handled by do_signal().

Finally restore the register and return to the calling program.

For the implementation details of contrast permissions.

The kernel expresses the authority through the low 2 bits of the cs segment register, which can represent theree kinds of permissions of 0\1\2, called RPL.

Here compare whether it is a system call issued by the kernel layer, directly compare the caller's CS segment register and 0xf to determine whether the low bit is 3 (0b11), that is, whether RPL=3 (user layer).

Then we pay attention to the two system call functions defined in system_call.s.

sys_exec function, take the eip pointer of the caller function as a parameter to call do_execve()

sys_fork function, used to create a child process, first call function find_empty_process() to obtain a process number, (if it a negative number, the current task array is full, then exit directly), and then call function copy_process() to copy the process. 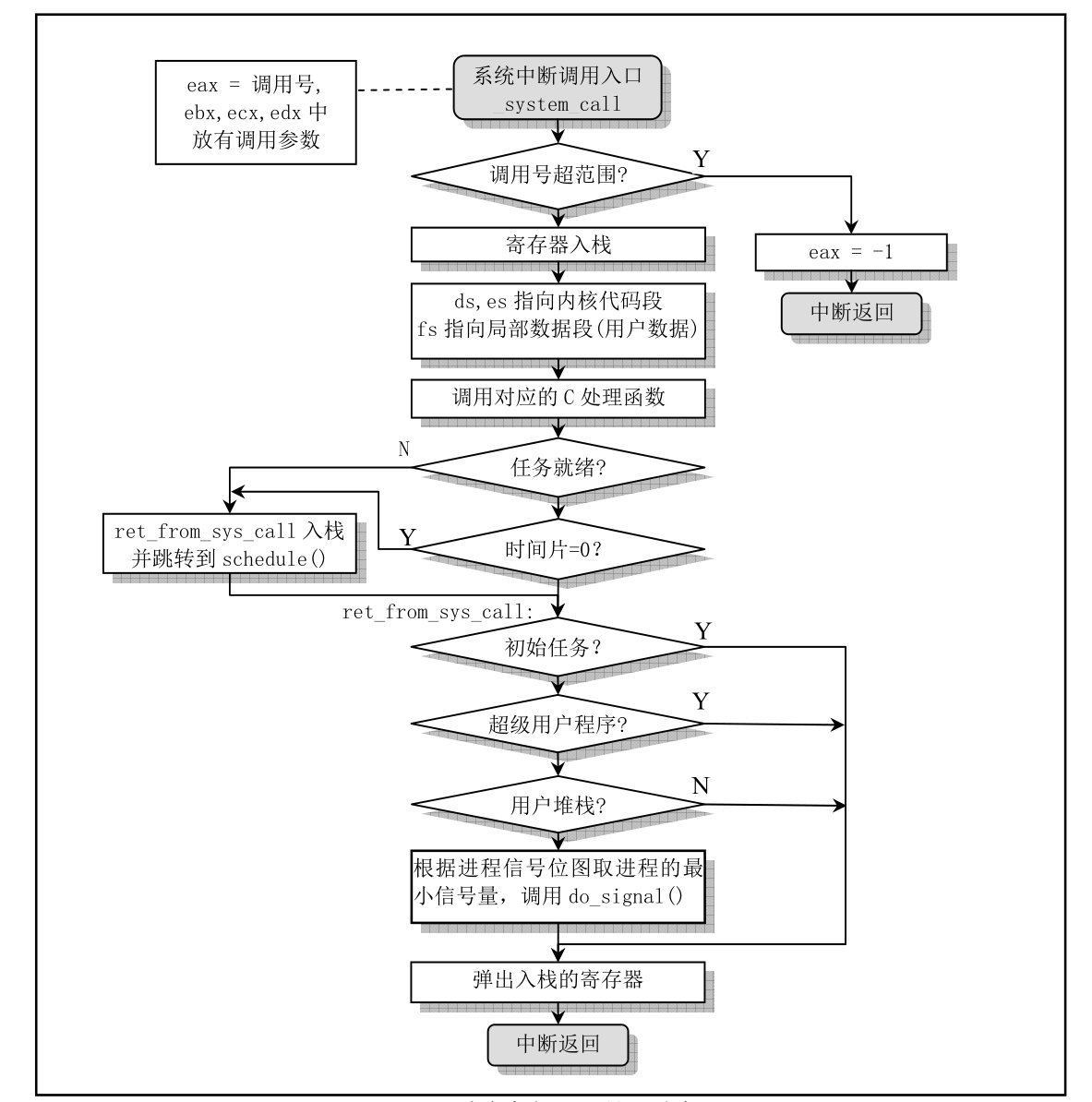 The schedule.c program includes the schedule() \ sleep_on() \ wake_up() function that the kernel calls the most frequently. This is the kernel's core scheduler, which is used to switch processes or change the state of execution.

mktime.c contains a time function used by the kernel, which is only called once in init/main.c.

the panic.c program only contains a panic function, which is used to display an error and stop when the kernel has an error.